Normally, when construction work is being done on an airport runway, there are several safety precautions that are taken. In addition to safe work practices, a large "X" is placed at the end of the runway under construction (sometimes the "X" is lighted), and the airport issues a NOTAM (Notice To Airmen) to inform any pilots that might be landing at that airport that the runway is not in service.

In mid December, a C-23 Sherpa flew into a US operated airfield in Iraq during the day and the pilot saw, much to his surprise, that there was active airport construction and a trench was being dug across his runway (no NOTAM had been issued, and there was no runway marker). Fortunately, the runway was long enough that the pilot was able to land beyond the construction. The flight crew filed a safety hazard report, which was immediately sent along the proper channels and then forgotten.

Until the night of December 29th, when a C-130 was landing at the airport; it was dark, and the pilot did not see the construction, so the plane ran across the ditch. There were several injuries, but no deaths, and the plane was totaled.

As a concerned taxpayer, I'm sure you'll agree that the senseless loss of a cool military aircraft is absolutely unacceptable, unless there are cool pictures of the accident. So here you go: 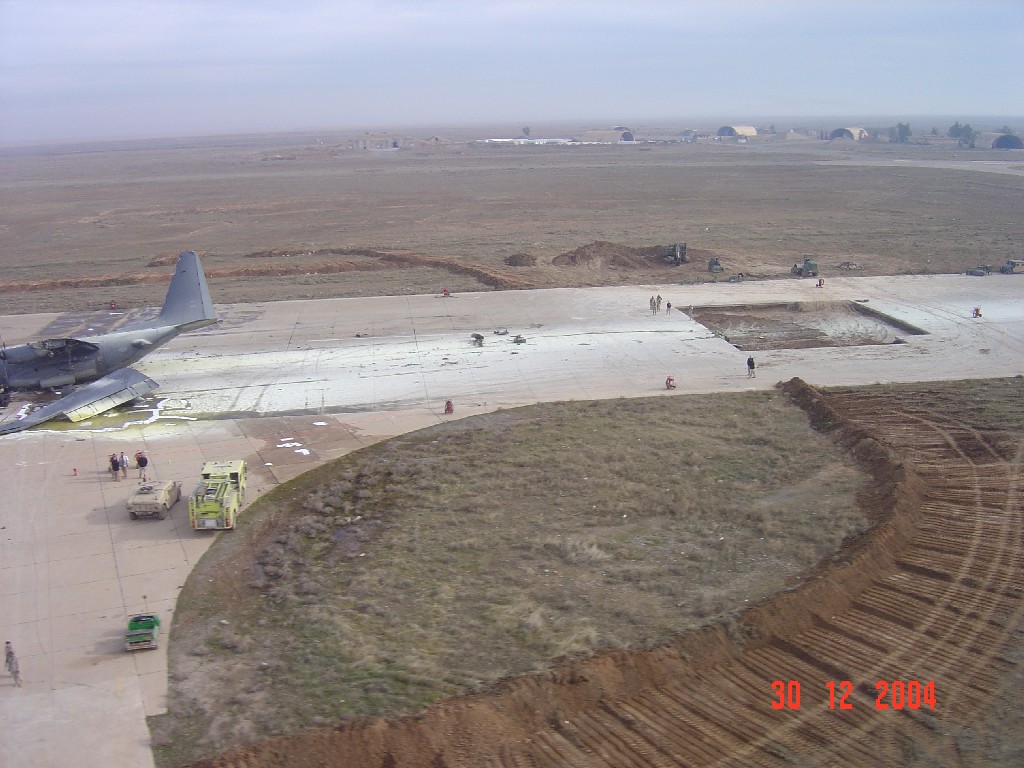 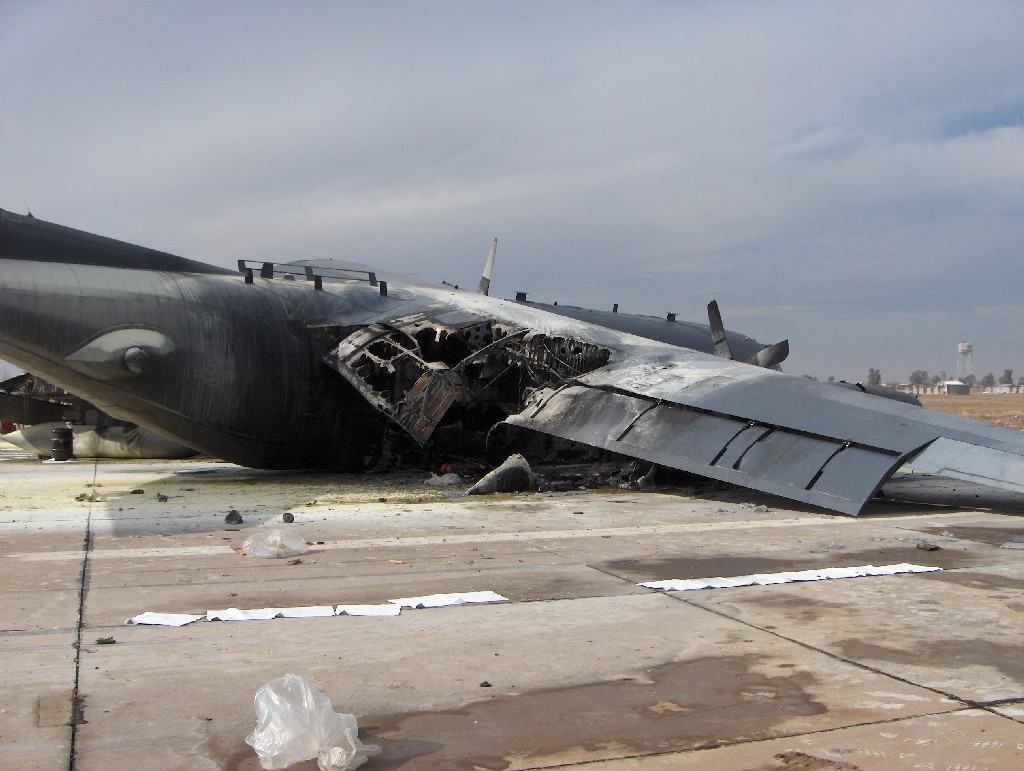 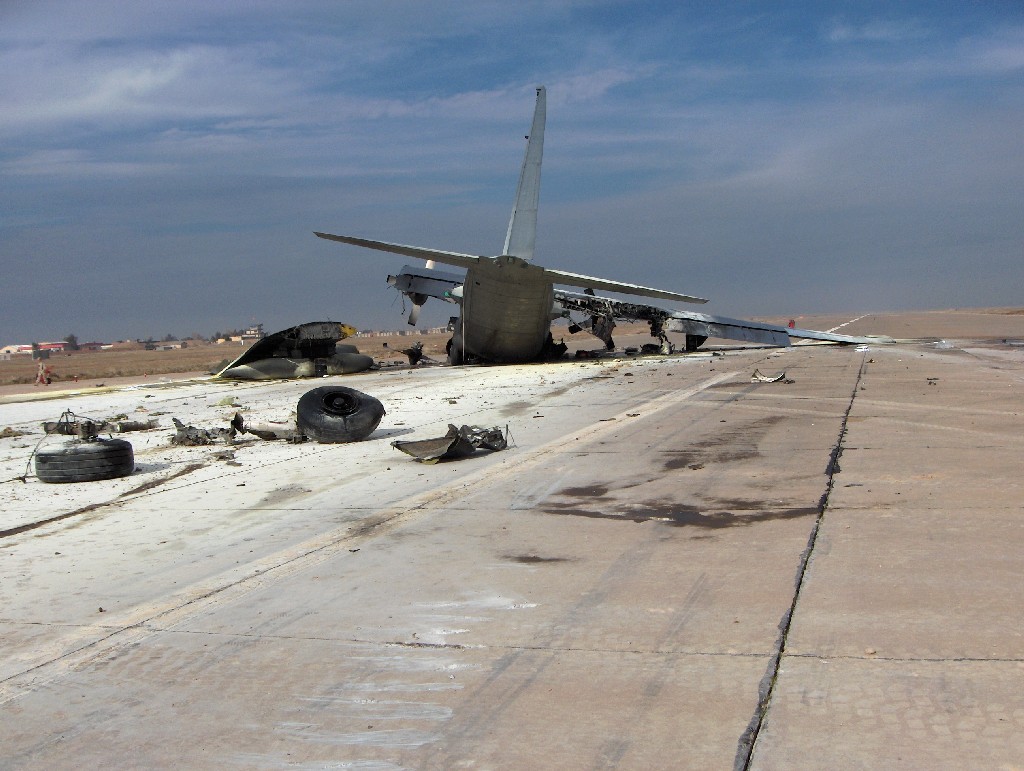 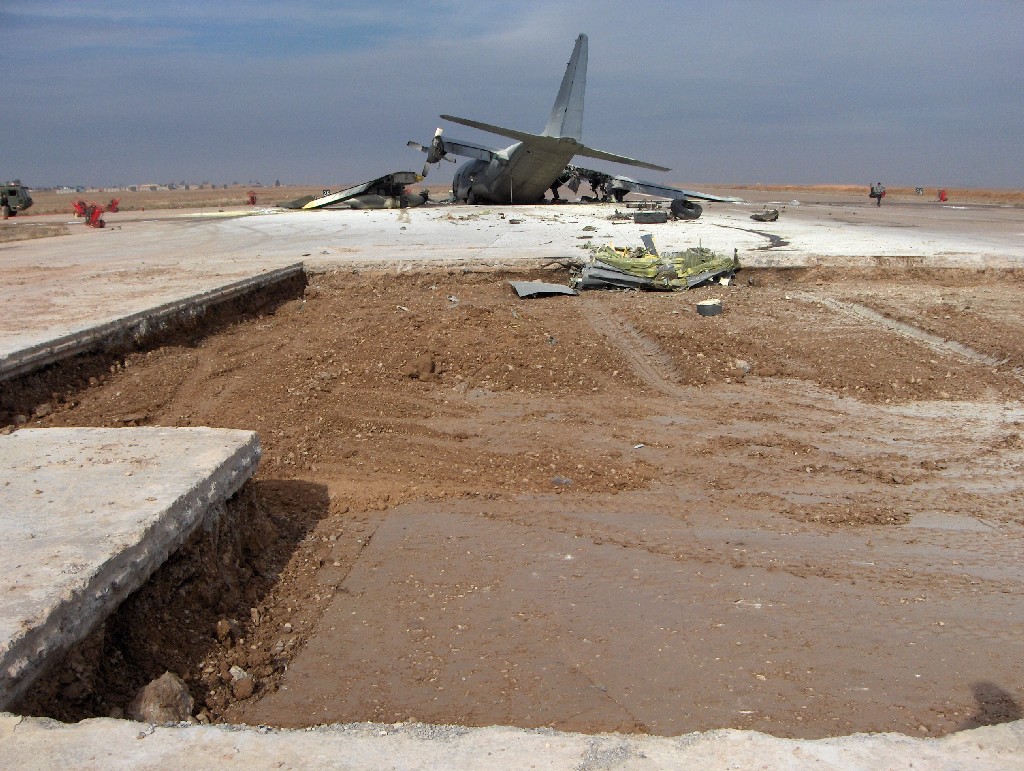